Milton Society is a local community group formed in 2022 from Milton Conservation Society (MCS) and Hamlet Court Conservation Forum (HCCF) working together to both conserve the historic urban landscape and promote local economic success, particularly in Hamlet Court Road and the neighbouring area.

MCS was formed in 1987 following a successful protest against a large development. It has been the most influential conservation group in Southend ever since. HCCF was formed following an initiative in 2015 by MCS, who had long recognised the architectural and historical merits of Hamlet Court Road and set about forming a new, separate community group, local to Hamlet Court Road. Following a local leaflet drop and online survey a number of people stepped forward to participate in early meetings and the Forum was formed in the Spring of 2017.

Now the two groups are together as one, covering the whole area, both designated and not, from Park Road to Valkyrie Road.

Milton Society has a written constitution (which you can read here), appointed officers and an executive committee which meets on a 4-6 week basis. Our chair is Andy Atkinson who is a long time local resident and qualified historic building consultant. Our secretary and treasurer are local residents Julia Cannon and Andrew Zoers.  If you would like to explore joining us in our work we would be very pleased to hear from you in the first instance - please email chair@miltonsociety.com 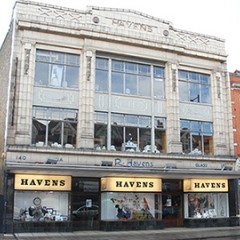 Support us by joining HCCF